History of the house 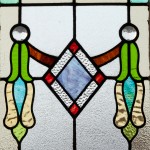 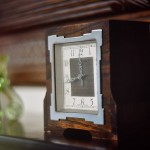 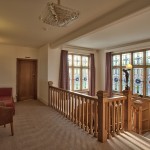 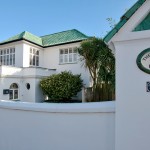 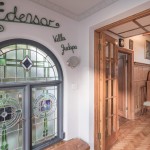 The Art Deco HouseUK has had several names including Marine Villa, or as it was known in the 1930’s, “Green Tiles” was commissioned by the Cater family, and was designed by local architect Ernest L Smith to take advantage of the superb vistas across Sandown Bay towards Culver Cliff. This magnificent villa was built in 1929 and takes full advantage of the cliff-top location, and is probably one of the Isle of Wight’s premium properties. This grand detached house has decadently proportioned rooms: all main living and bedrooms have large windows topped by stained glass detail, framing the vistas. Art Deco influences include an upstairs sun room with huge sliding picture windows to enjoy the breath-taking sunrises by day and bay illuminations by night.

Henry John CATER was a successful grocer/provisions merchant in East London owning a number of shops, run in part by his 5 sons. Following his death in 1919 the sons took over the business becoming CATER BROTHERS, and growing the business massively, still mainly in east and north London. His wife Clara CATER (nee SANDERS) and his daughter Clara Violet CATER moved to Shanklin, and David Waters, who provided this early information to us, has traced the property they lived in, and also a hotel that the daughter ran with her husband (She married William Edward HARDS in 1921). (both properties are in Victoria Road, and still exist as flats) “Greentiles” was built for Clara (mother) in 1929.

In 1933, Mrs Clara Cater passed away and the house was sold.

It would appear that the most influential owners of the House, were the colourful local characters H(orace) Terry Wood and his wife Sadie, who purchased the house and lived and partied there for many years. We know from local directories they certainly lived at the house in 1937/38 and during their tenure they renamed the house Villa Judapa, after their daughters Judith , Daphne and Pamela.

Sadie Wood installed a brick patio on the lawn facing the sea, two statues of the Great Dane dogs she had been raised with. In 2015 the current owners found two Great Dane statues on the mainland and hoping they might be something like the originals, installed them by the ponds in the gardens.

H Terry Wood owned the Shanklin brewery, several hotels on the island (including the Holliers) and most significantly, Shanklin Pier housing Shanklin Casino and concert theatre which hosted many evening entertainment events.  It is documented in several books that the Terry Woods hosted many after-show parties at their home, entertaining stars of the time such as Arthur Askey, Jimmy Tarbuck and Tommy Trinder.  It would follow therefore that internally, apparently they also had a deco bar installed, made of glass bricks which was illuminated by coloured lights!

What is today the ‘Accessible Bedroom’ was the servants room and kitchen, and we have now restored the original servant calling board, where staff could be called to attend the family. The Morning Room was a small sitting room, much as it remains today! He remembered the wood panels in the hall and up the stairs were darker in the late 30’s. In trying to take the house back as much as we could, in December 2019 we commissioned our master decorator to use a technique handed down to him in his multi-generational family business and stain the wood a darker colour.

We understand that by 1980, after her husband’s death, Sadie was still living the high life in but in a retirement home in Shanklin; so it was likely to be around that time.  We hope to uncover more of their fascinating history over coming years.  Here is an amusing report about Mr Terry Wood from 1937. 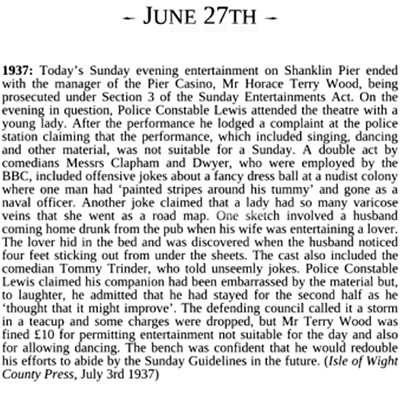 It appears the house was renamed Marine Villa in the 1970’s but for years has been known by the locals as ‘The Art Deco House” and this name was adopted around 2016.

Over the years we have been contacted by grandchildren and great grandchildren of the Wood’s and their shared memories have made Laurence and Sharon, the current owners realise that with an iconic house like The Art Deco HouseUK, the owners are simply the current guardians as the house has it’s own personality that endures beyond their ownership.

We believe the distinctive Art Deco ponds were actually added in the 1990’s according to the neighbours and some photos we received from a visitor from 1994 who kindly send us some photos.

The Art Deco HouseUK was bought by Laurence Smith and Sharon Boyse-Smith in October 2014. It had already been available as a Holiday Let by the previous owners who undertook some excellent upgrading of the infrastructure of the property but it was being marketed as mainly a party house or simply a big house. As soon as Laurence and Sharon bought The Art Deco HouseUK they set about changing the style of the house with greater emphasis on it’s historical legacy.  Out went the IKEA furnishings and in came original furniture from the 1930’s with art and paintings from that era or in that style throughout the house.

A long term project, scheduled to last from 2015 to 2025 of redecorating the whole house, slowly and in between people staying on their holidays was embarked upon from May 2015. Each room being lovingly restored by master decorators, in colours and styles to emphasise the Art Deco styling. The giant Great Dane statues next to the ponds today were actually discovered in a garden centre in 2015 and lovingly rehomed at The Art Deco HouseUK that summer.

Latest projects have included restoration of the original and beautifully engineered folding windows in the sun room, restoring the oak parquet flooring in the Drawing Room and soon the restoration of many of the 1930’s stained glass windows by an glass expert and the window surrounds by a craft joiner (plus some boring stuff like replacing double glazed units).
The family bedroom has been redecorated in decadent red and bedroom 2 has new curtains that originated from the Dorchester Hotel in London. External refurbishment started in 2019 and the hallway and master bedroom renovations were completed during the winter of 2019/20!

In February 2020, the house was rebranded ‘”The Art Deco HouseUK” following realisation that everyone seemed to be calling the house “The Art Deco House on the Isle of Wight” (There are actually 4 or 5 others, but they are not available for  holidays!). A new logo was created and the trademark registered.

All income from the holiday lets is being invested in improving the house, so the photographs you see on this site are already out of date, as the changes happen every month, and will be never ending! 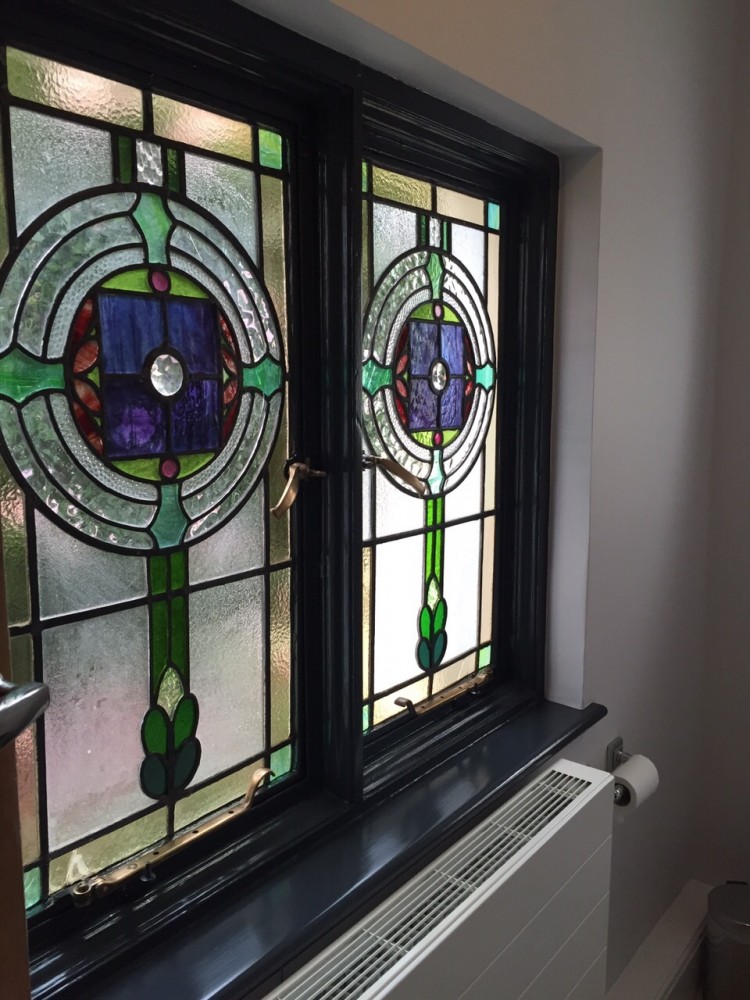 The original sales documents from 1933:

With thanks to Shanklin and District History Society 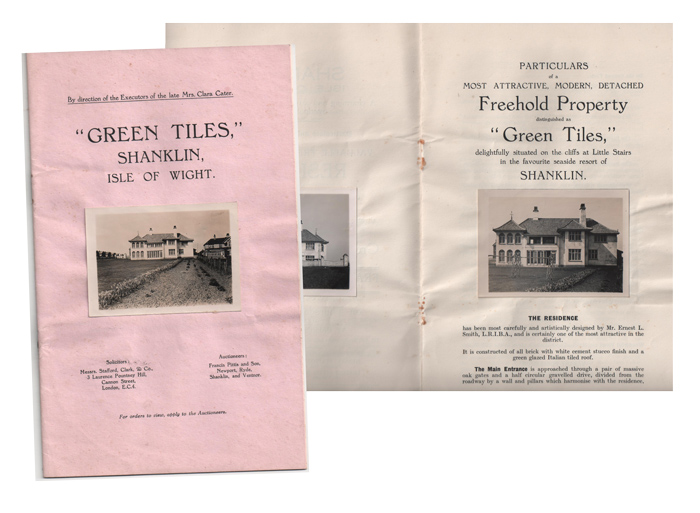